THE ELAINE DE KOONING HOUSE is pleased to announce an exhibition by John Riepenhoff -- with Jerry “the Marble Faun” Torre -- and Ryan Wallace.

Milwaukee-based artist John Riepenhoff has dedicated his practice to embracing an ever-expanding network of social interactions between collaborators, audiences, non-profit business ventures, brewers, cheesemakers, and venues. Through presentations of local and international artists at his Green Gallery in Milwaukee, and within the structure of his own paintings and sculpture, Riepenhoff acts as a conduit and multiplier for the efforts of others. By providing these platforms for the distribution of materials and ideas, he expands the cultural reach of his beloved hometown, while effectively erasing ideas of its separateness from the rest of the art world.

His residency at the Elaine de Kooning House this summer will include the unveiling of a new John Riepenhoff Experience sculpture. This series of interactive pieces consist of a ladder leading up to a small box with an opening just big enough for one person to stick his/her head into. Inside, one sees a miniature group or solo exhibition by an artist of Riepenhoff’s choosing. During the residency, this tiny venue, in keeping with Riepenhoff’s support of known local artists, will include works by the legendary Grey Gardens groundskeeper Jerry “the Marble Faun”.

Where Riepenhoff's experience manifests itself as a compacted room, Ryan Wallace's installation is a space unfolded. Wallace’s output is a cycle of continuously constructed, razed, rebuilt, and re-flattened material. Like a pitch of fossils, the Elaine de Kooning House provides the backdrop for an optical vista of objects and tiles that both support and trap the matter employed within the work.

Wallace's stacked sculptures combine Carl Andre’s floor pieces and the serial reproduction of Sol Lewitt with an additional expressionist gesture; Minimalism gone rogue. These objects serve as surrogate paintings incorporating the stuff that have been cast off, removed, and redacted from previous works in the act of making. The square tiles now carpeting the floor had previous lives as installations shattered and stuffed inside earlier sculptures and inlaid in earlier paintings. The waste products of one system become the building blocks of another. While satisfying as sculpture, Wallace's vision is actually quite painterly, with the artist’s foregrounding of a shared language bringing our full attention to his gestural mark-making in the real space of his aesthetic mise-en-scènes. 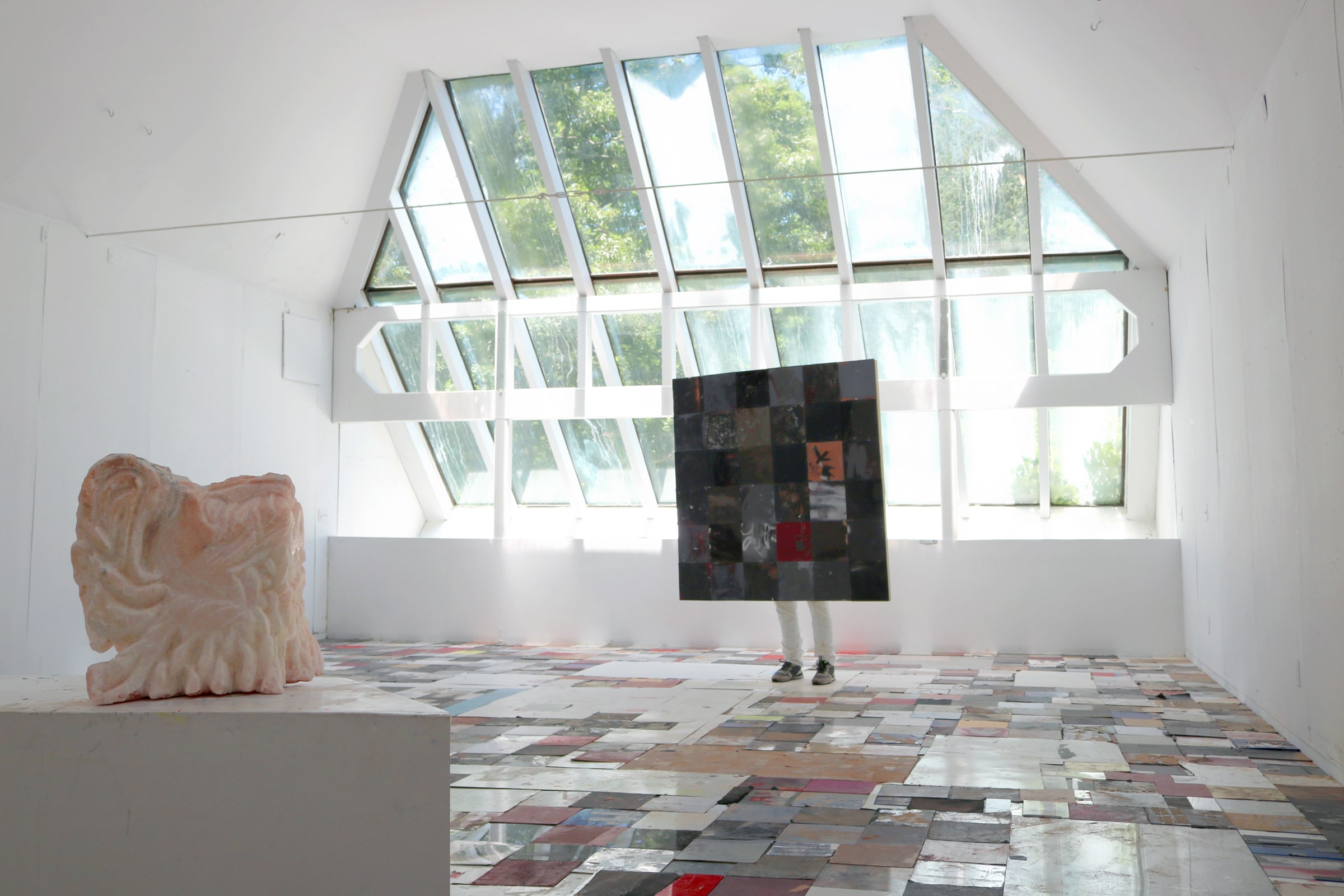 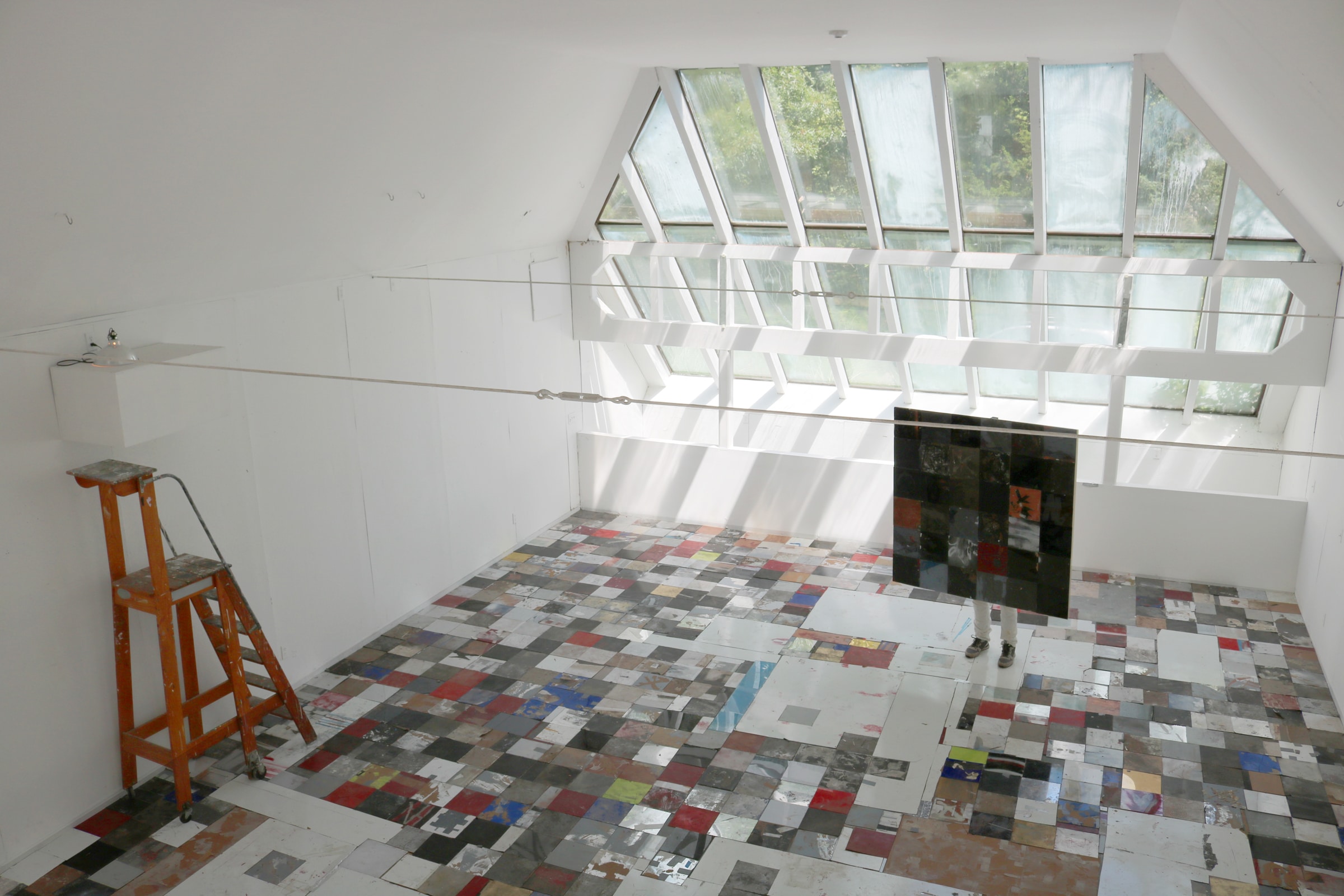 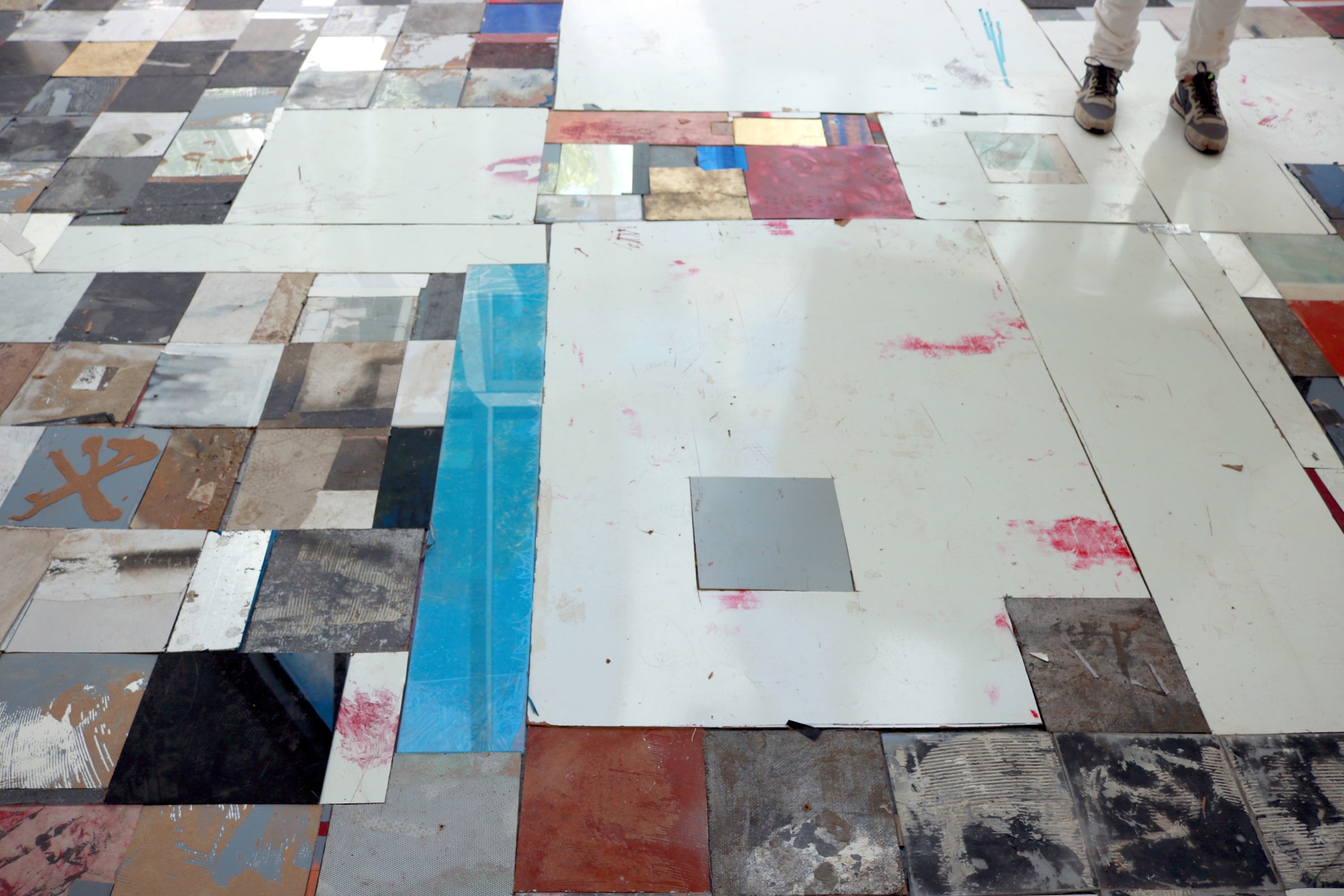 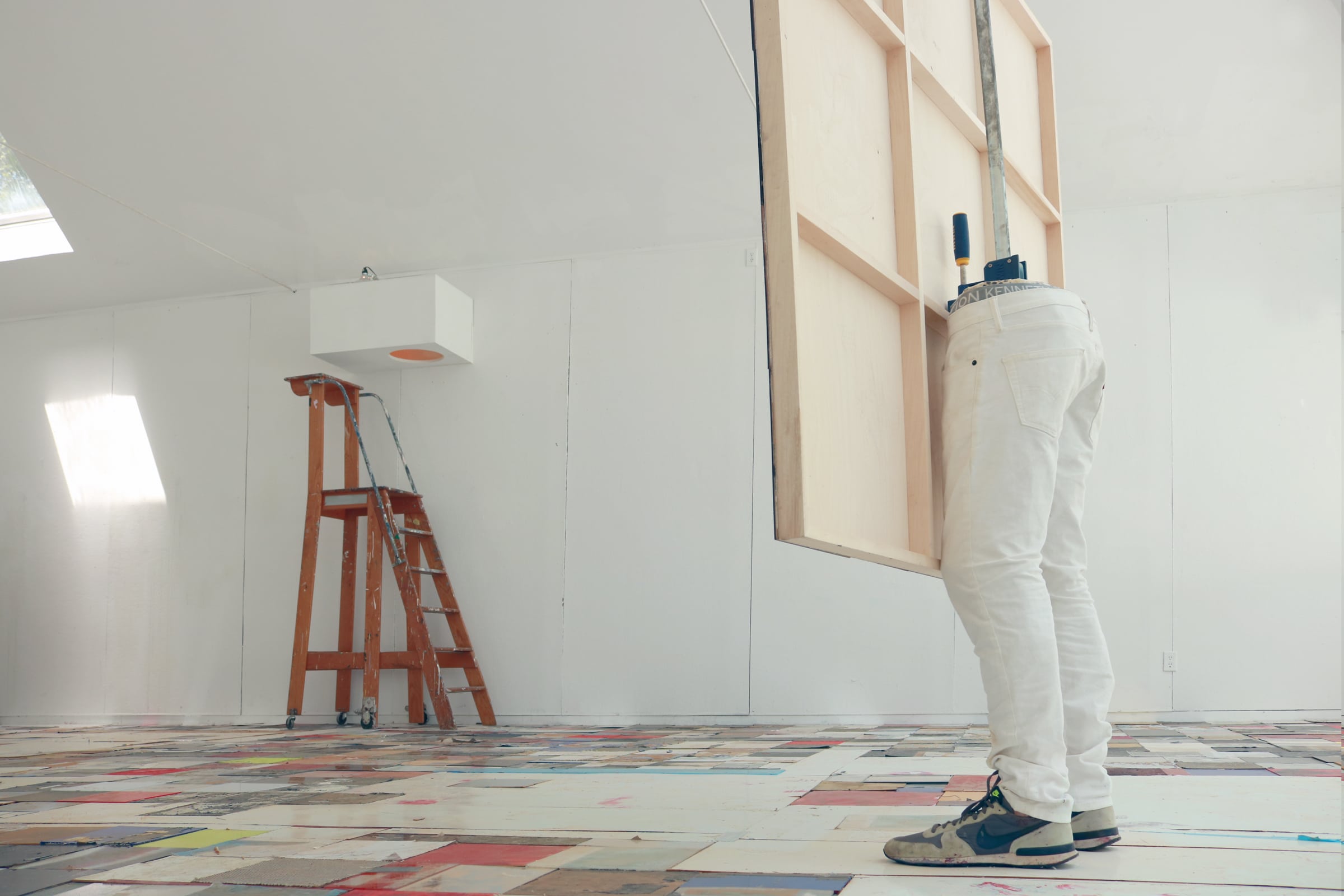 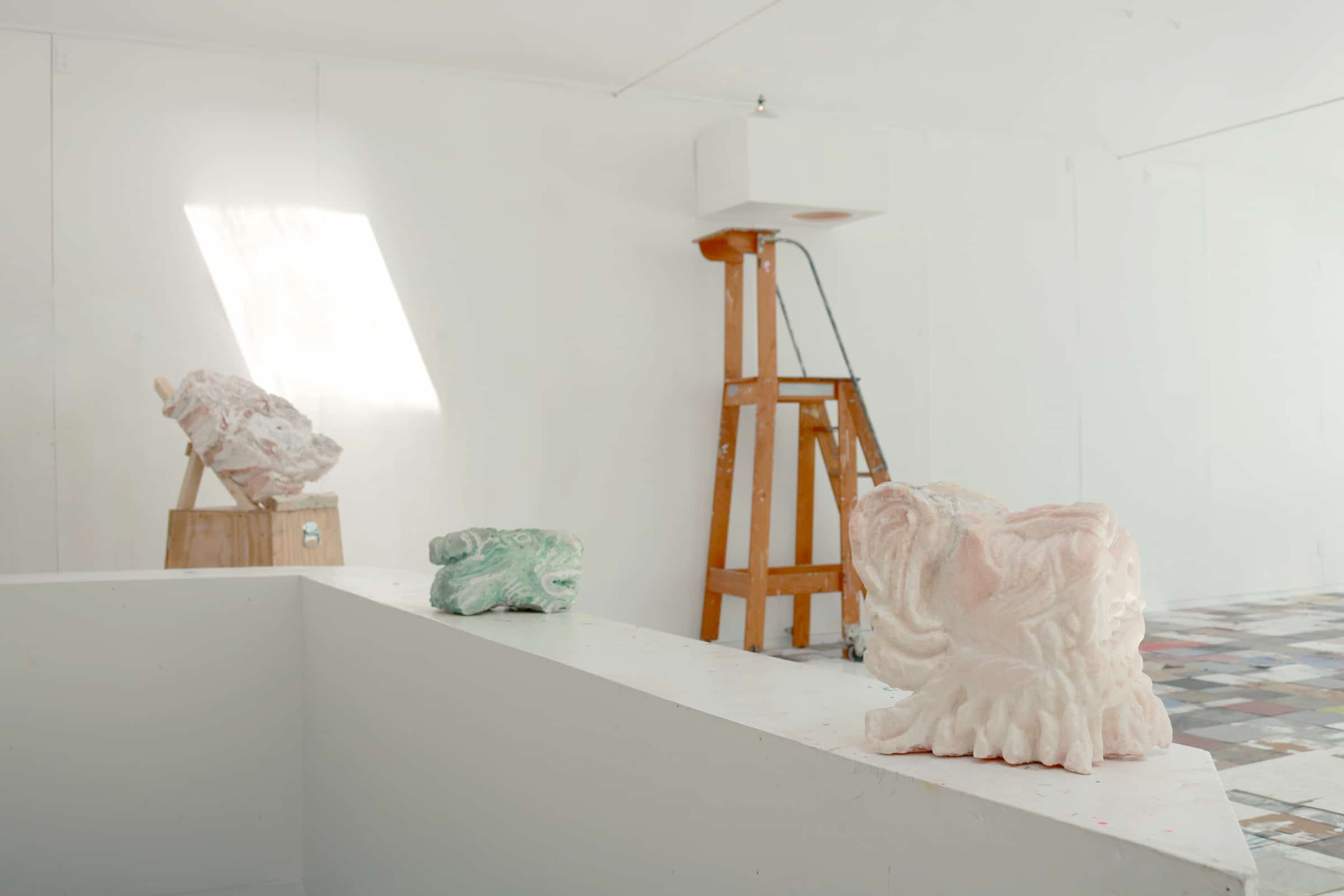 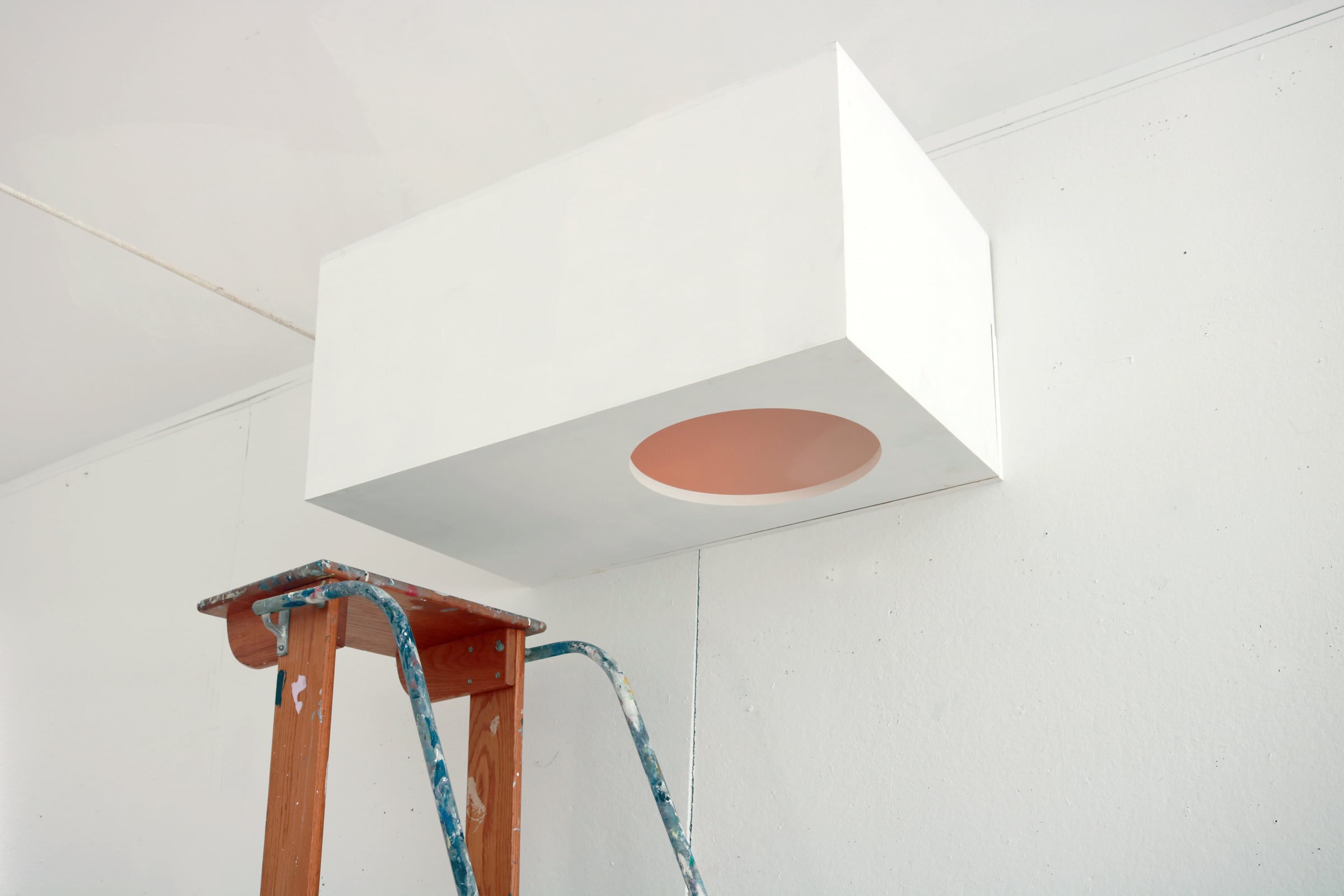 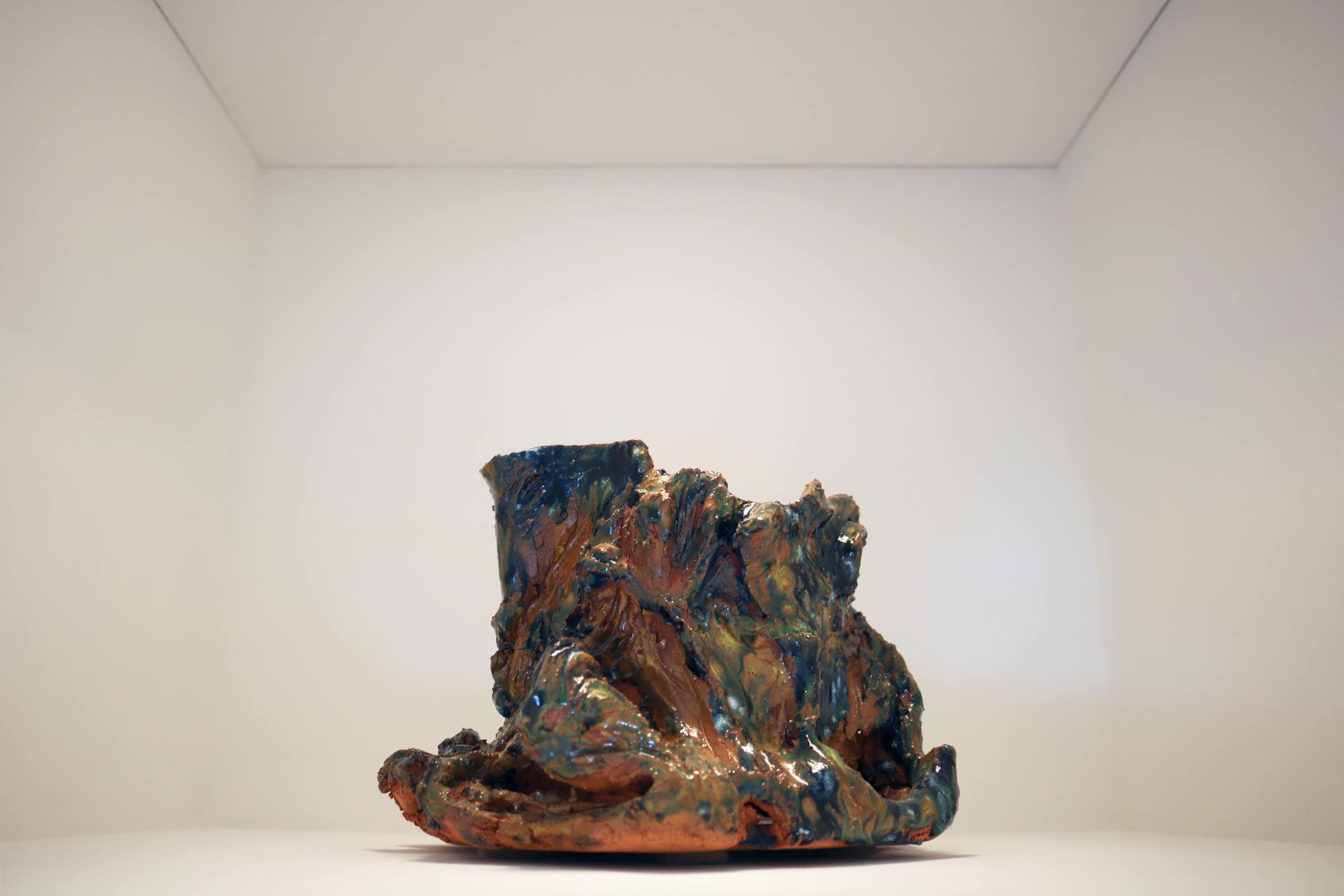