Over the past nine years, a community of artists, writers, and musicians has coalesced around Institute 193. The  relationships formed therein have resulted in the creation of new bodies of work and collaborative projects that will be shown, many for the first time, at the Elaine de Kooning house in East Hampton, New York this summer. The works will be installed throughout the home’s various rooms and accompanied by a series of Institute 193 publications. De Kooning, a gifted painter, critic, inspirational teacher and member of the Eighth Street Club in Greenwich Village was an integral part of the vibrant artistic scene of her time. The exhibition will explore both local and universal notions of community and demonstrate the profound effects that even a modest space dedicated to the exchange of ideas can instill upon a group of individual talents. Summer Studio: Institute 193 at the Elaine de Kooning House will feature works by Robert Beatty, Jessie Dunahoo, Mike Goodlett, Lonnie Holley, Shara Hughes, Guy Mendes, Adam O’Neal, Aaron Skolnick, Lina Tharsing, and Mare Vaccaro.

In addition to the home exhibition, Institute 193 will install a large-scale environment by Jessie Dunahoo, an artist who passed away in May 2017, in the studio portion of the building. Deaf since birth, Dunahoo additionally lost his vision as a young man. Though no official record exists, it is thought that he attended the Kentucky School for the Blind for at least a couple of years later in life. Beyond this, the artist was largely left to his own devices. Living on a farm in the 30s and 40s did, however, have its advantages and afforded the artist opportunities to explore and manipulate outdoor space. Using dirt, brush, and other found debris, Dunahoo created various earth sculptures and paths on the land immediately surrounding the family’s house. Dunahoo also used various fences and trees to hang intersecting lines, ropes, and wires that could be grasped and threaded, creating a 3-D map he used to navigate outdoor space, a practice he has maintained throughout his life, despite becoming a client of social services and residing in state-operated group homes. In time, Dunahoo’s environments grew and evolved into complex sewn structures made of found materials, including grocery bags, fabric samples, pieces of old clothing and twine. Through an interpreter, Jessie described his works as shelters, and they were strung about his home and yard, covering the walls, floor, and ceiling. His work is in the collection of the American Folk Art Museum (NY). 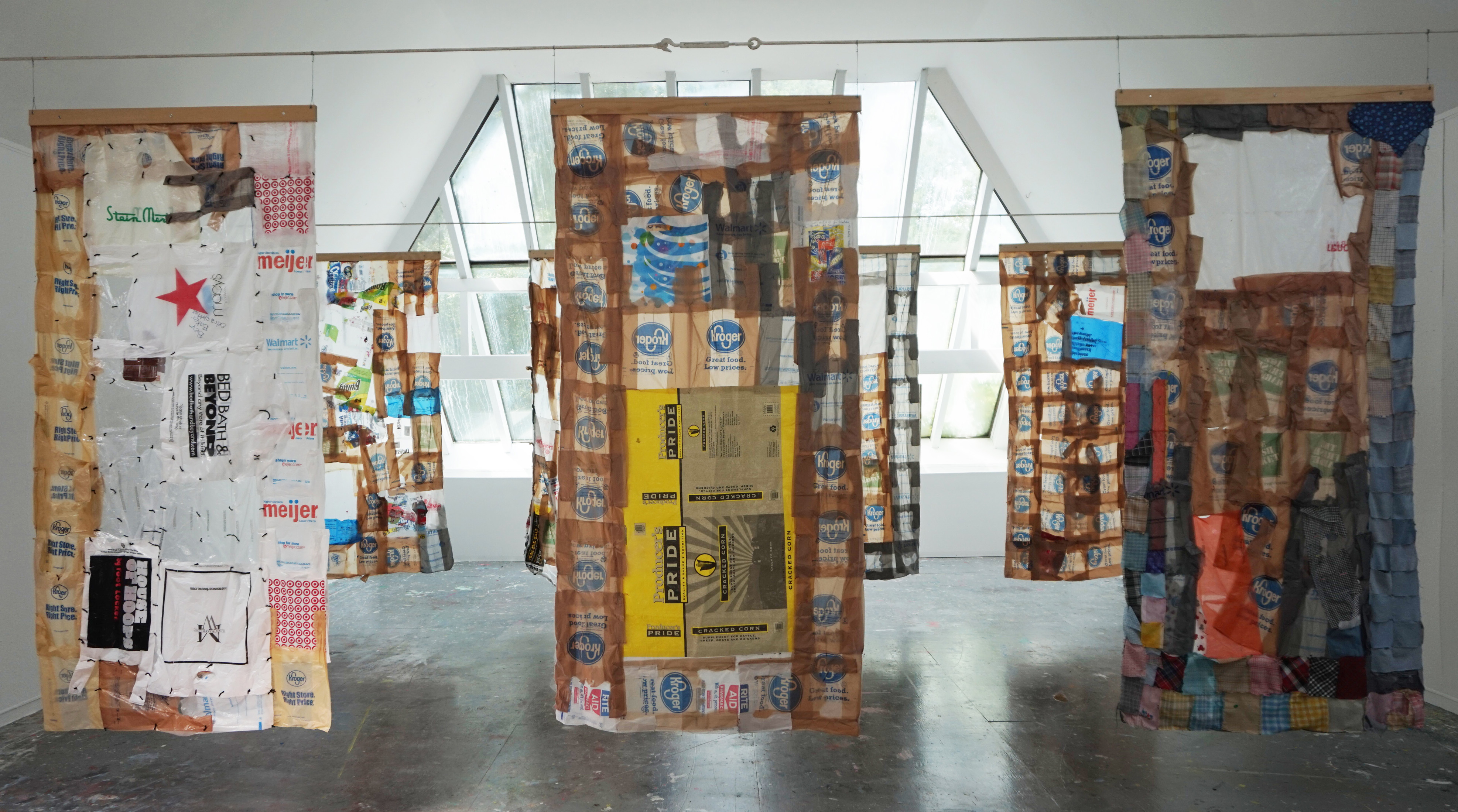 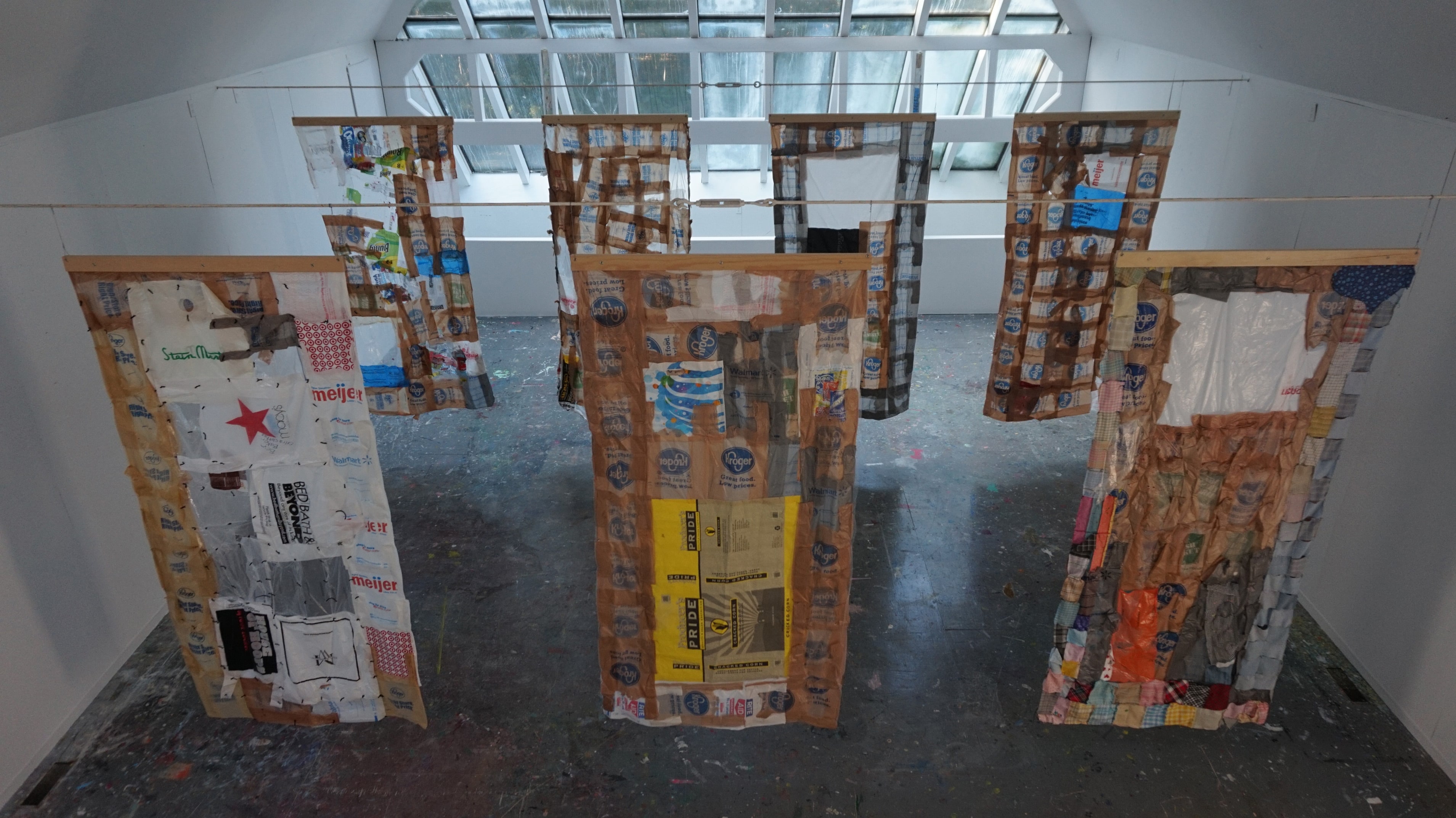 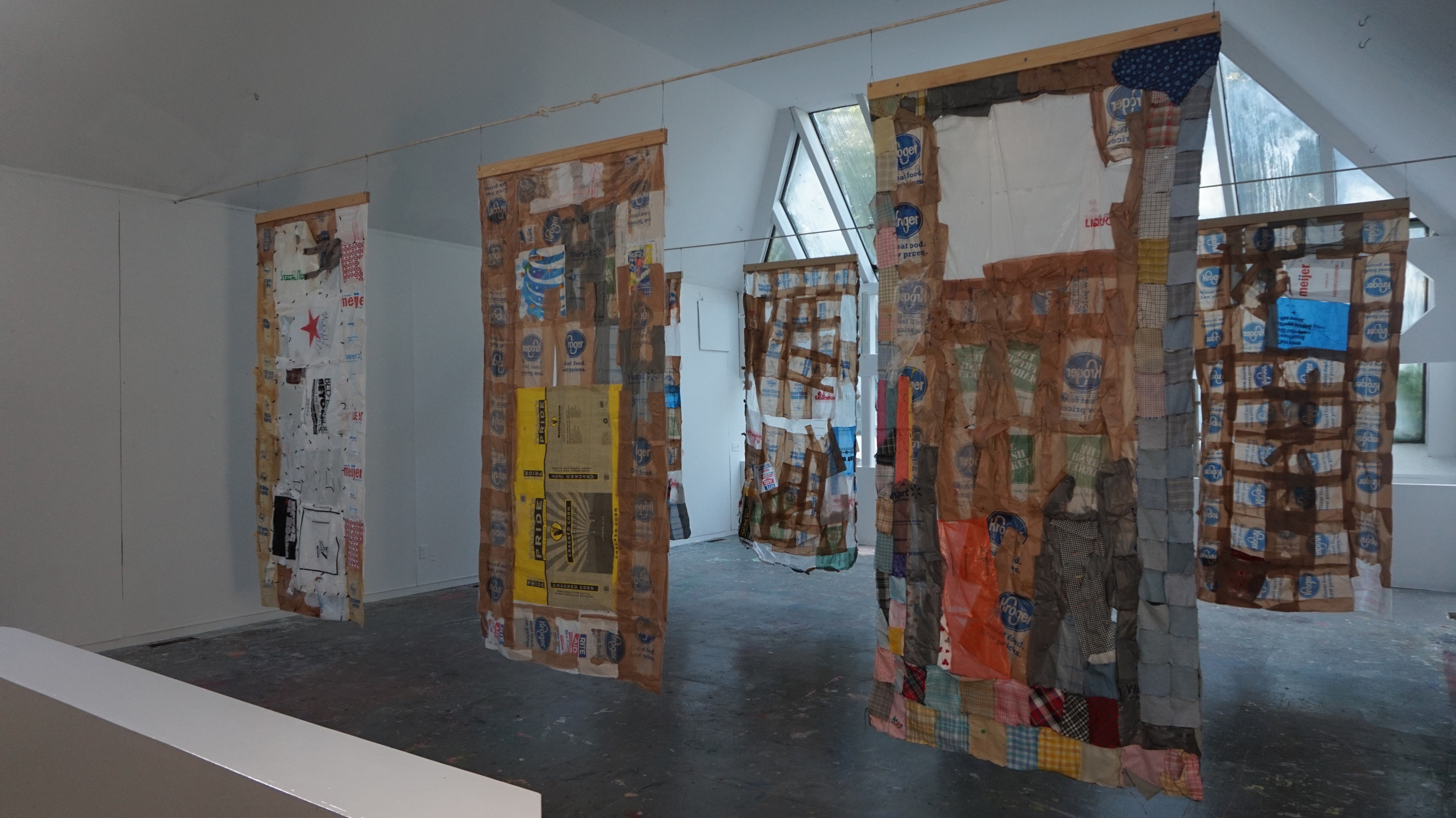 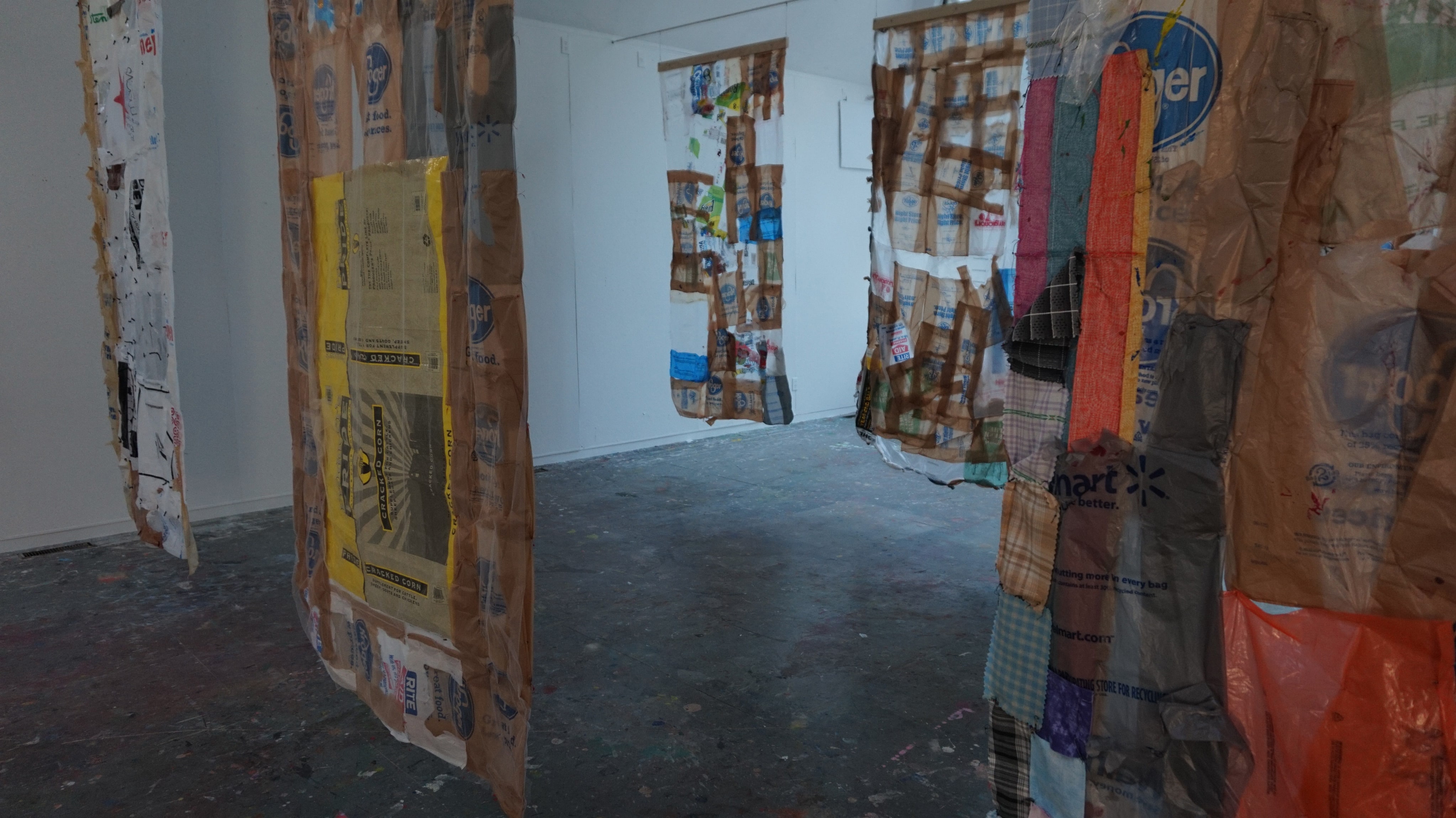 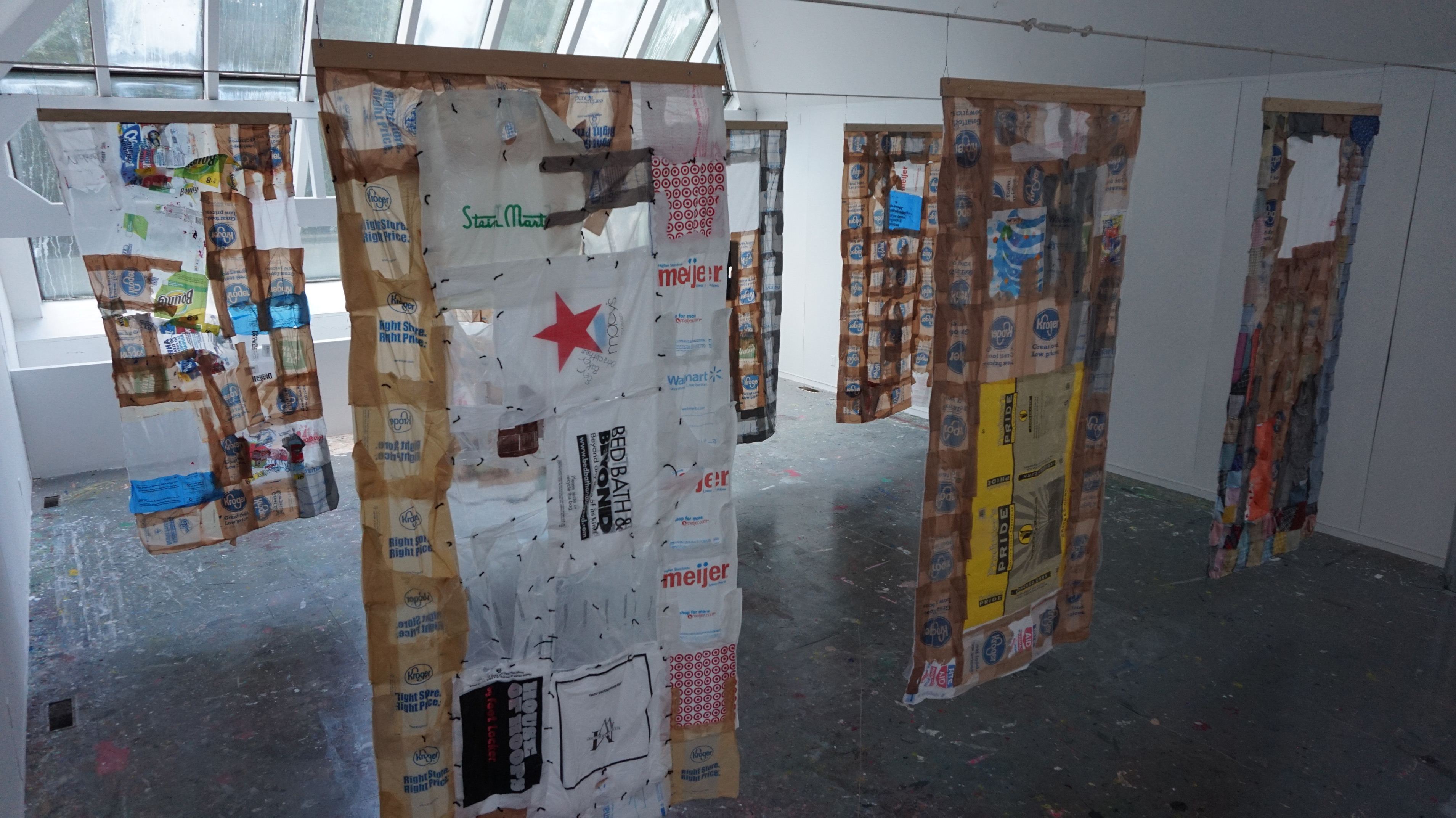 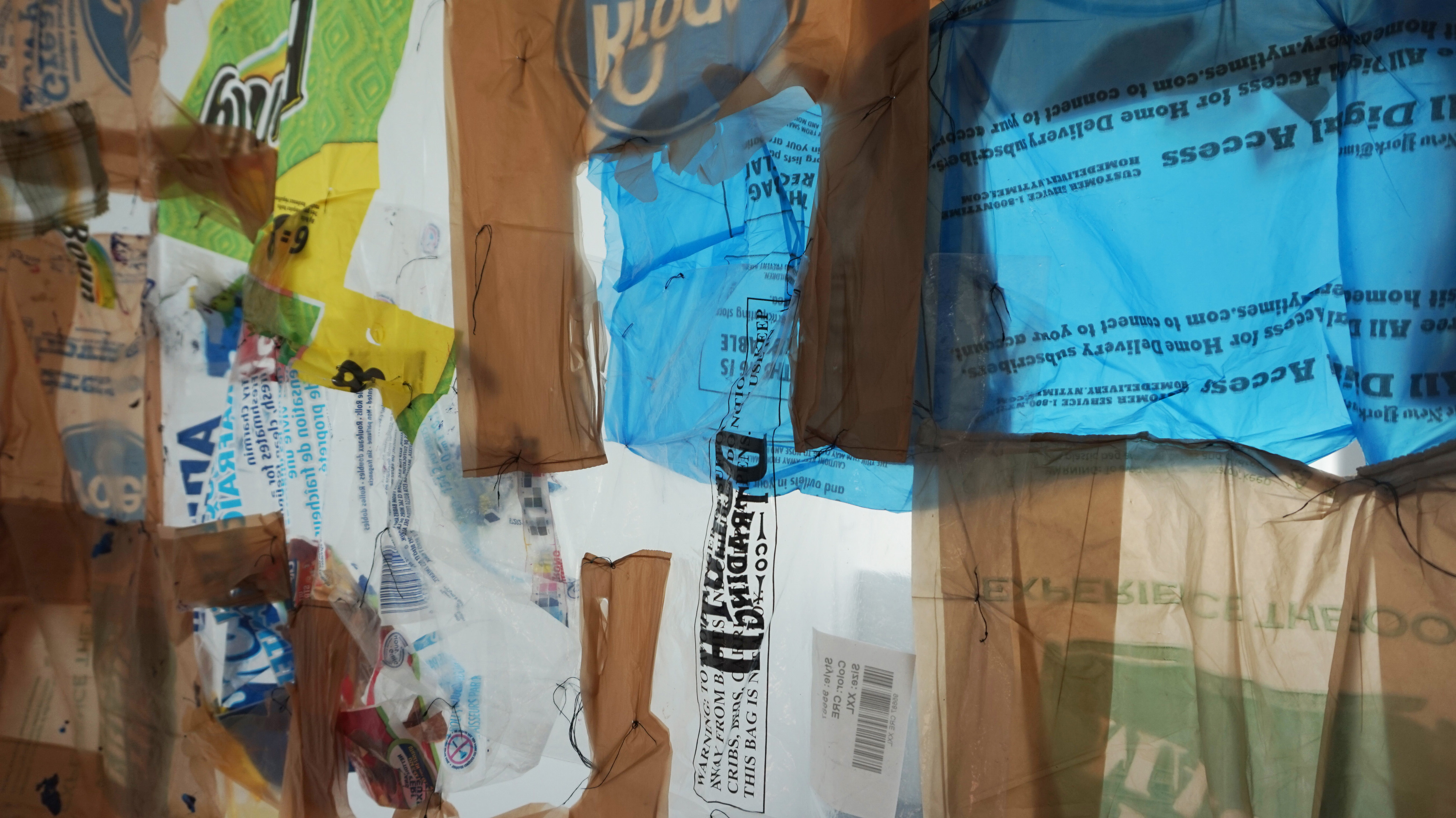 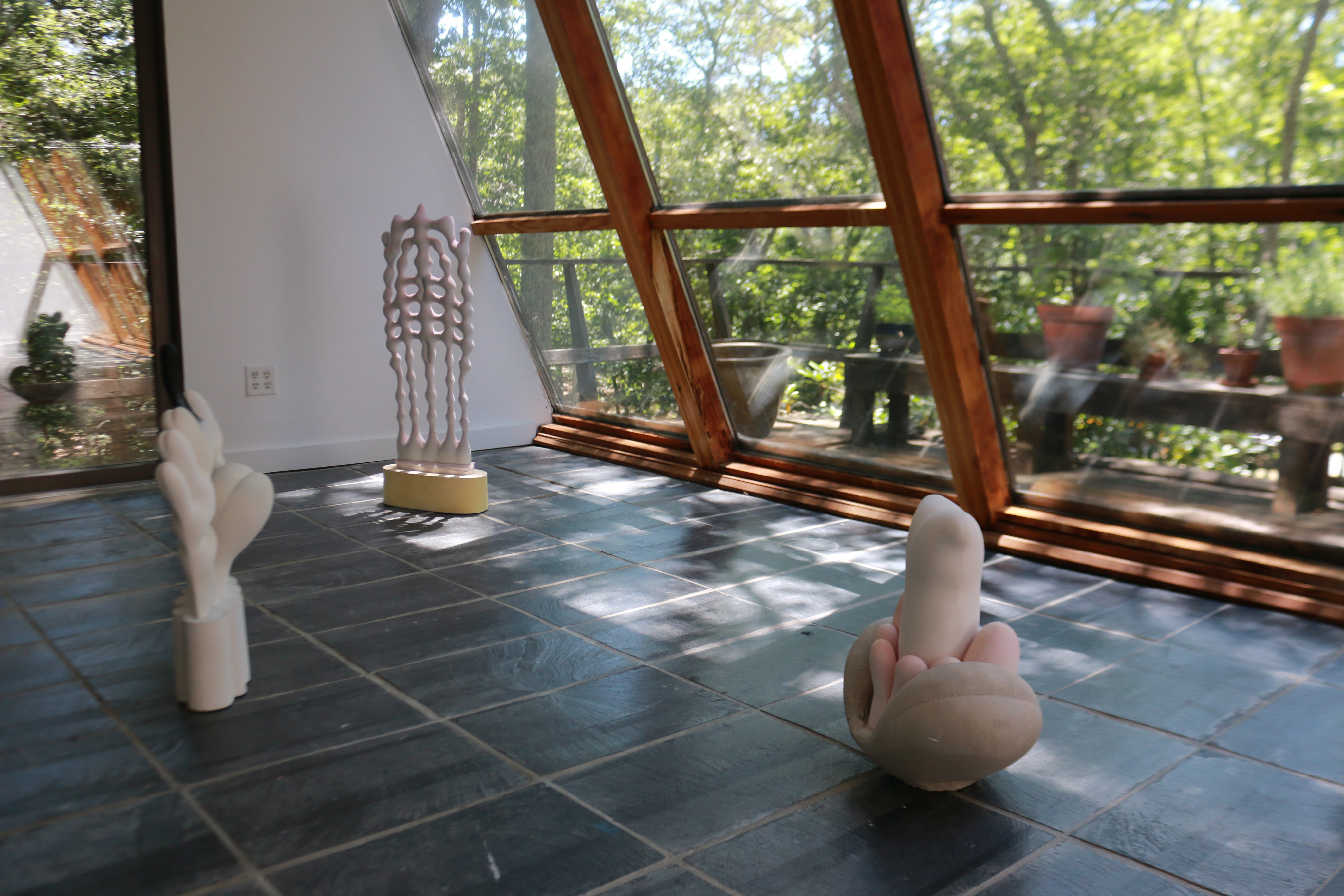 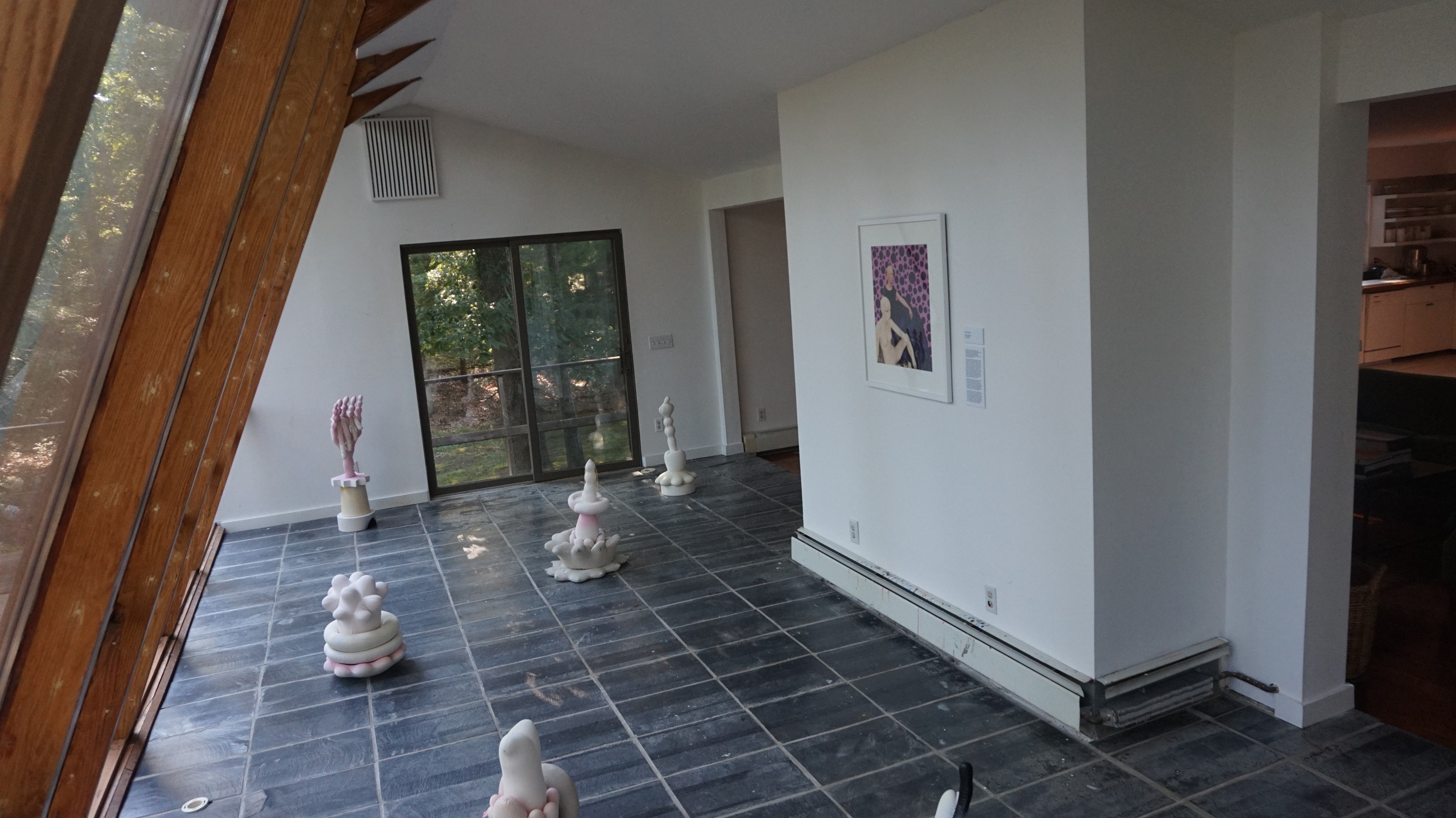 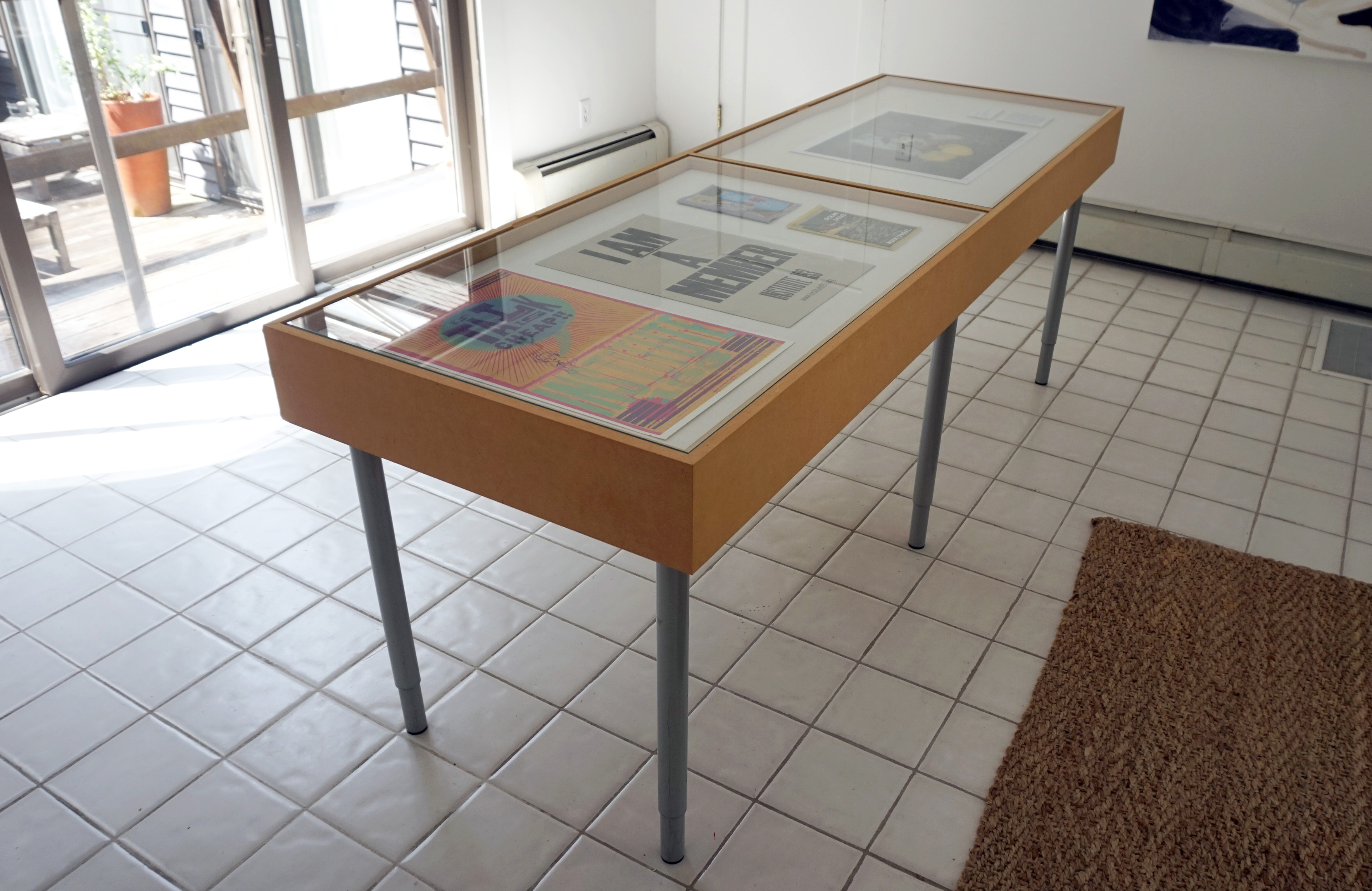 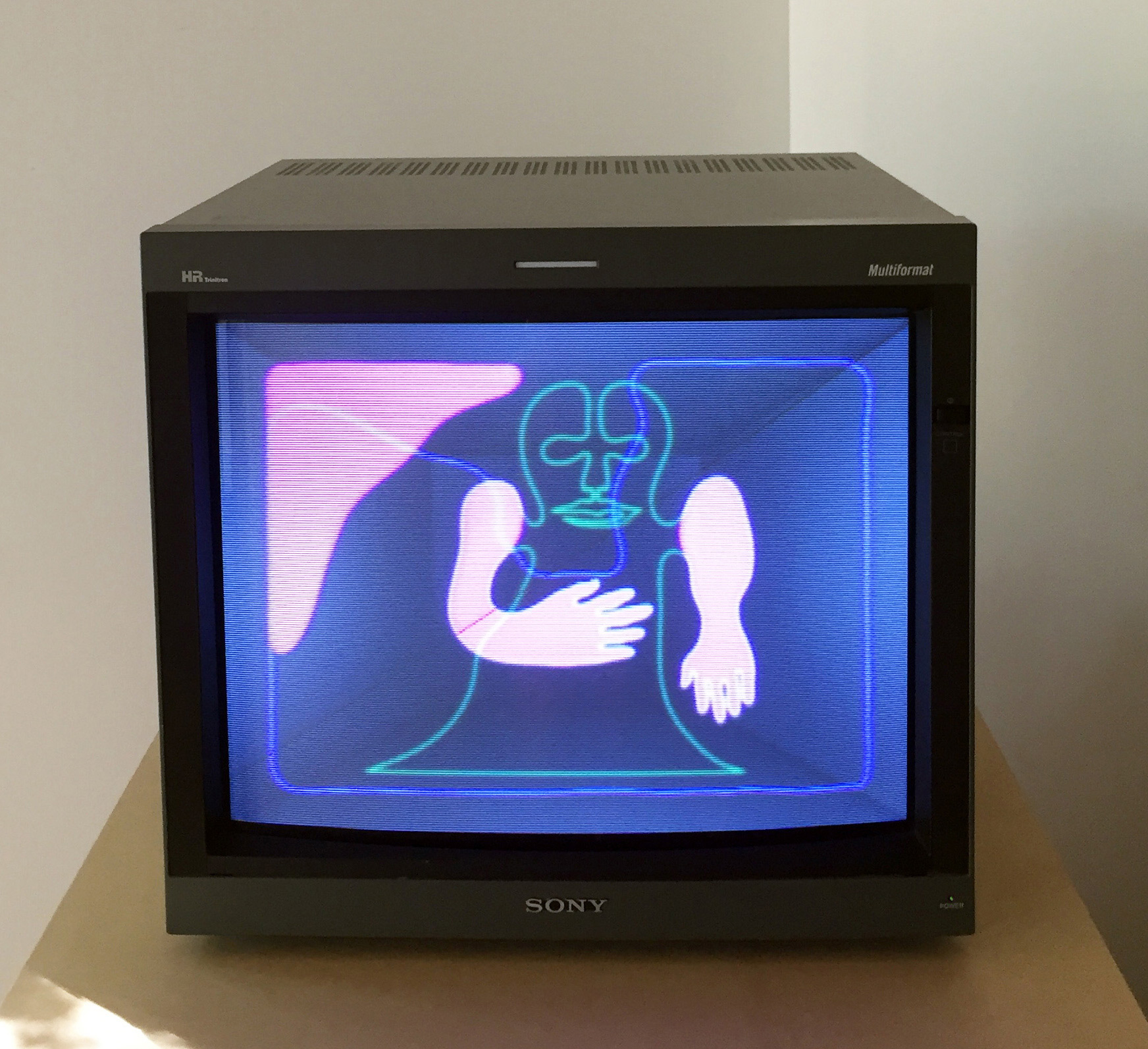 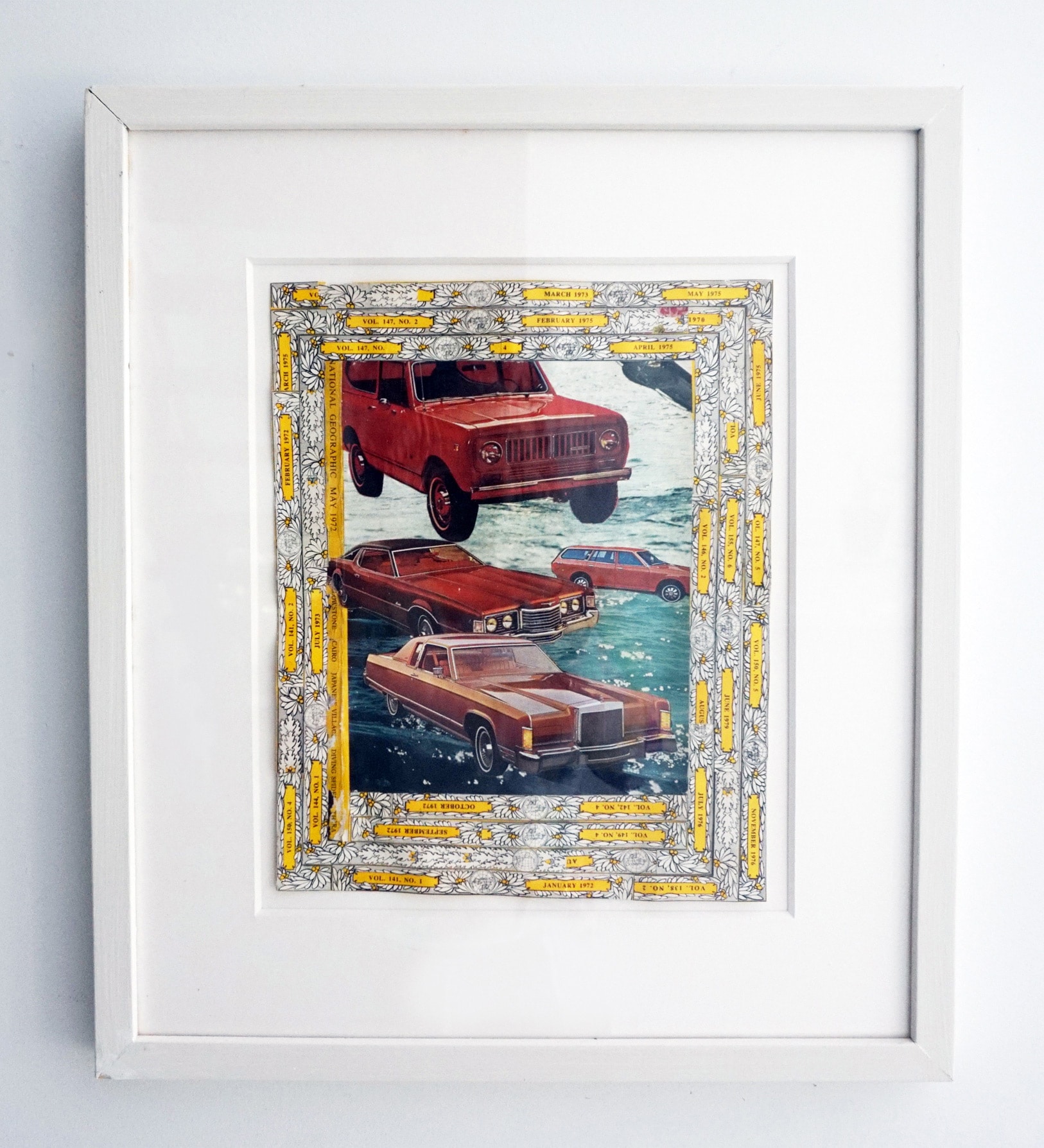 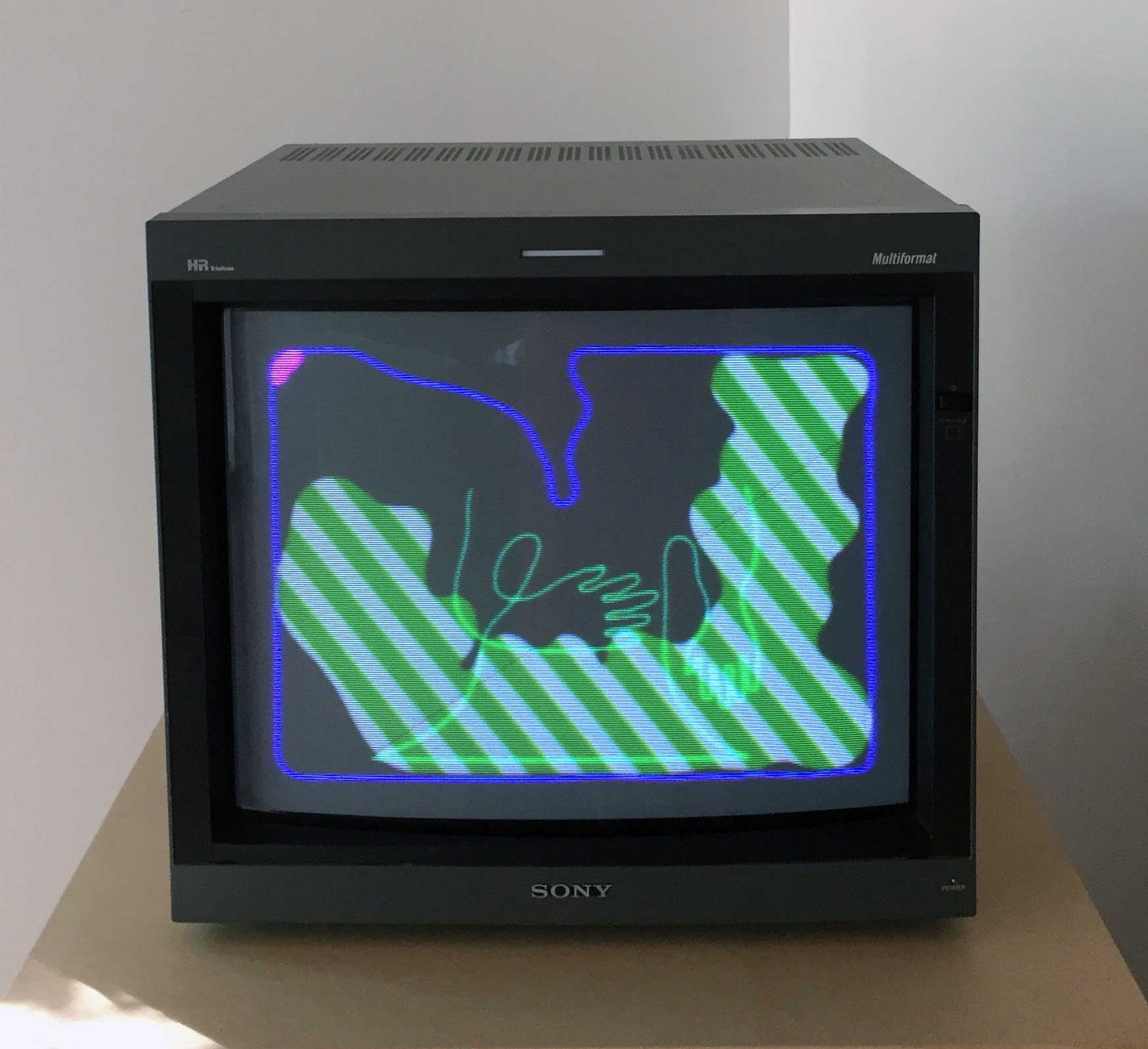 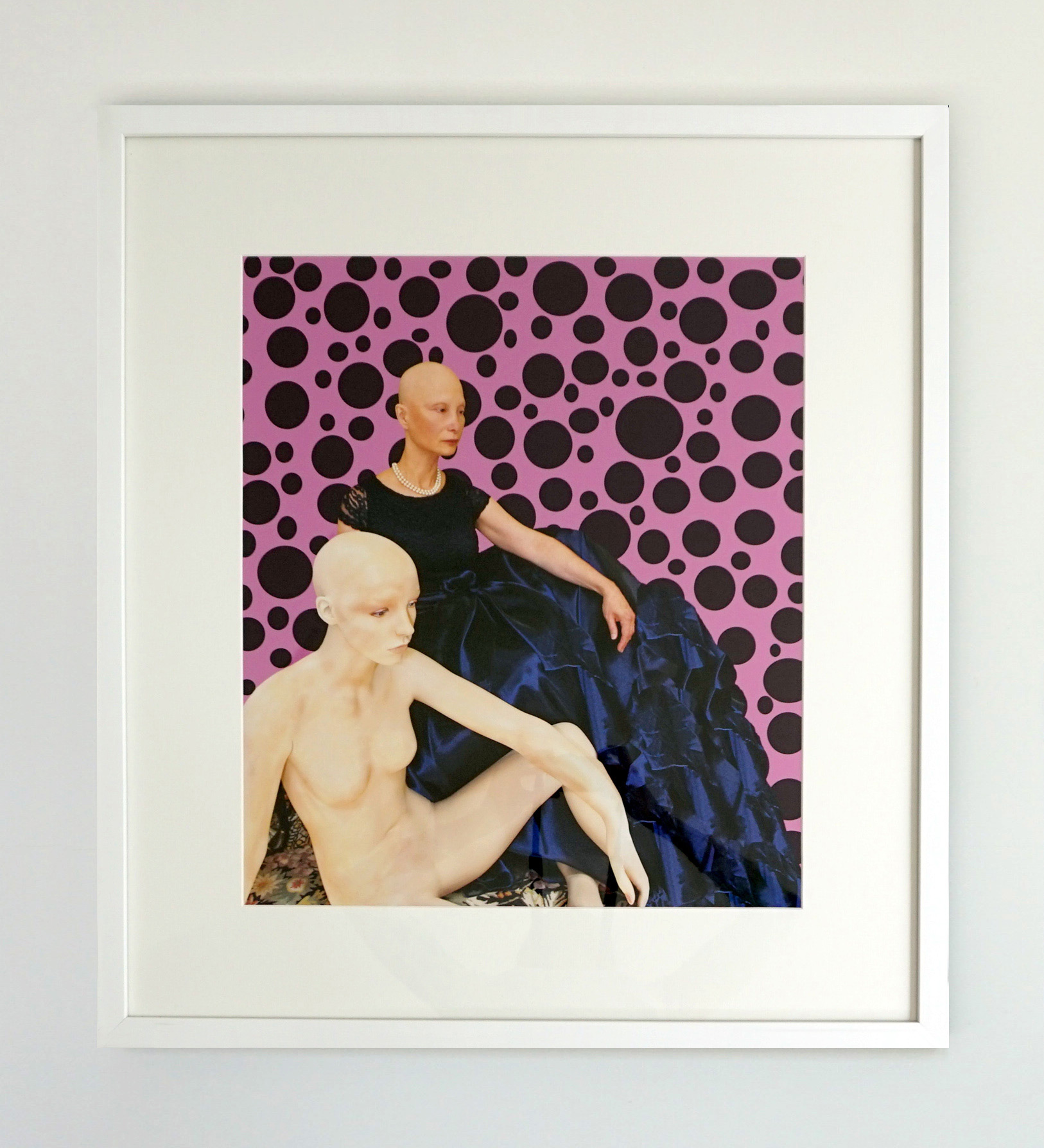 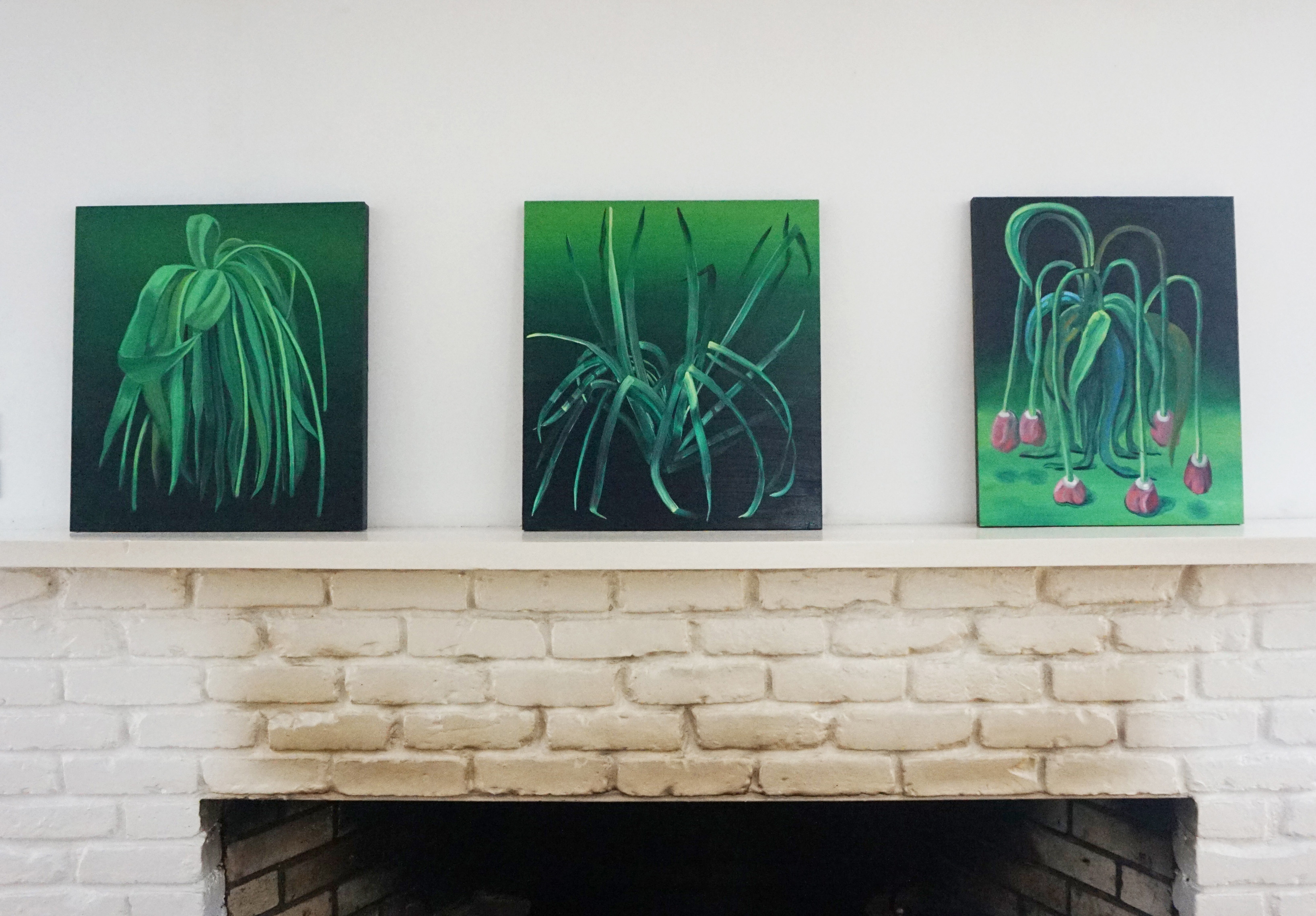